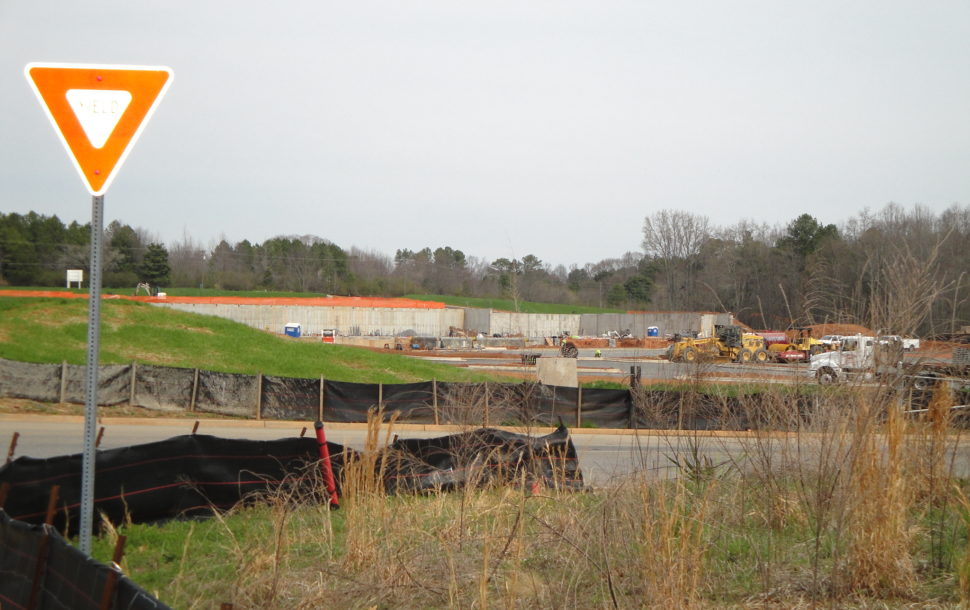 According to the Milton Herald, a lighter than expected crowd, estimated at around 400, attended the first of three redistricting meetings to be held for the new Milton high school located at Bethany Bend.  While school officials had expected over 1,000 in attendance and prepared for the large crowd, Yngrid Huff, director of planning for Fulton County Schools speculated that “since we just rezoned this same region two years ago, parents may feel comfortable with the process and are waiting to see the maps.”{[}]{[}]As you can see from the construction site photo at Bethany Bend, taken yesterday, work is active and ongoing. 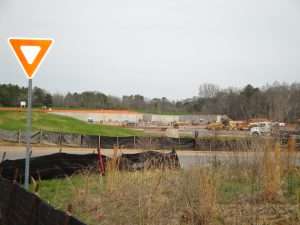 {[}]{[}]Indeed, the maps – school officials may prepare up to nine maps for consideration.  School officials reviewed the primary criteria: geographical distance, capacity based on special programs and projected enrollment in the next three years.  Secondary criteria includes traffic patterns, how often a neighborhood has been rezoned and feeder school patterns.{[}]{[}]Participants at the first meeting were put into smaller groups and asked for input on the criteria and also asked to submit any concerns they had from previous rezoning meetings.{[}]{[}]The maps drawn from public input and online comments after this first meeting will be presented at the next meeting on March 16, at which time participants will again be broken into smaller groups to discuss the pros and cons of each map presented.  From this meeting, the maps will be culled into two or three maps to be presented at the final public meeting on April 13.  School officials will then develop a final map which will be presented to the Fulton County Board of Education for approval in June.  According to Huff, the recommended map will likely be a hybrid of earlier maps tweaked based on public input.  All redistricting meetings convene at 7pm at Alpharetta High School, so get involved if you have concerns!{[}]{[}]Here are previous articles written about the Bethany Bend high school site:{[}]{[}]Bethany Bend High School Principal Named in Milton{[}]{[}]New High School Site in Milton – Redistricting Info{[}]{[}]More progress on new High School in Milton{[}]{[}]New Milton High School Construction to Begin – Under Budget!