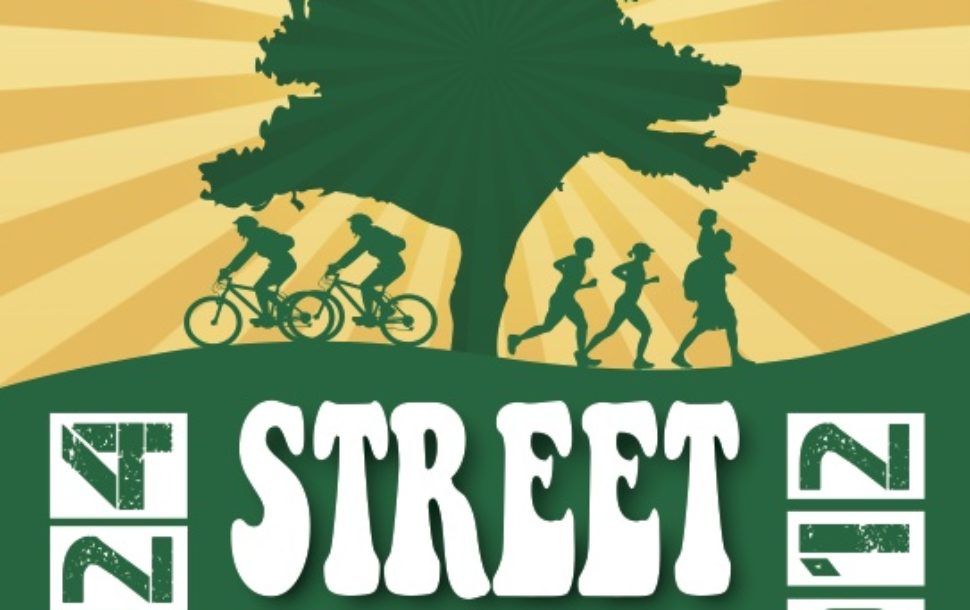 We LOVE Woodstock’s Streetfest! This year the daylong event is held in Downtown Woodstock on March 24 and once again will benefit Greenprints Alliance, a non-profit  founded to promote a network of parks and trails throughout Cherokee County. 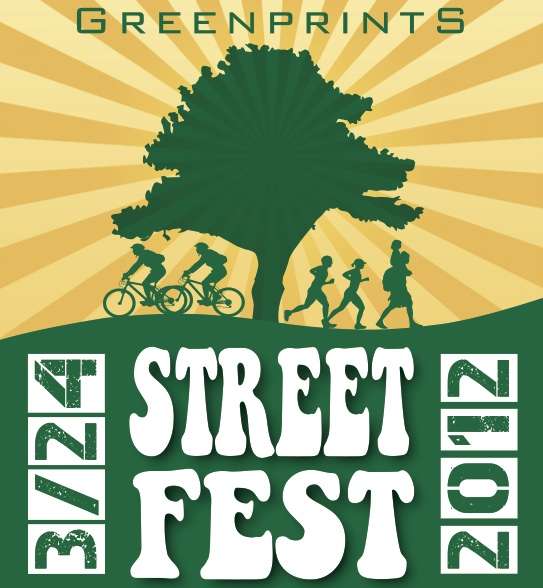 As in year’s past, events include an adventure race in the morning and an artist market, food, drink and live music acts throughout the day.{[}]{[}]As of this writing, the Greenprints Alliance Streetfest webpage does not have many details (check back) but we can tell you approximate times based on last year’s event. Streetfest kicks off{[}]{[}]

{[}]{[}]with the Challenge Four Adventure Race, a 22 mile race, featuring paddling, orienteering, biking and running.  The race is co-hosted by Cherokee Outdoor YMCA and Greenprints Alliance and will start at 8:30am in Downtown Woodstock near City Park and finish at the same location in the afternoon.{[}]{[}]Streetfest also includes an artist market on Chambers Street, live music and food and drink. Local restaurants including sponsor Pure Taqueria will be serving specials and normal menus that day.  New Belgium Brewing Company will be the official beverage sponsor.  Last year music started at 12:30 with the headliner at 7pm. This year the Headline Act is Jeffrey Steel, a 2 time winner of BMI Songwriter of the year and named to Billboard Magazine’s top 5 writer’s awards 8 years in a row. And Steele can boast three #1 songs in both 2007 and 2010.{[}]{[}]Downtown Woodstock has plenty of free parking and the event is free, so go out and have some fun at Streetfest!{[}]{[}]
share post to: