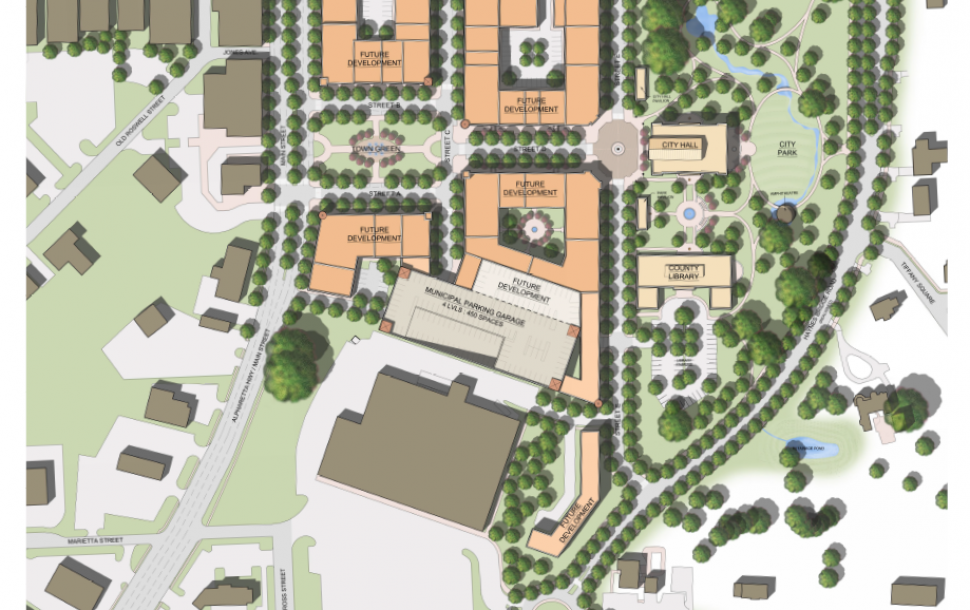 Alpharetta’s City Council voted 6-1 at their recent council meeting to go forward with the revised City Center plan to redevelop downtown Alpharetta. While there was a vote against and some resident concerns about the current plan, most attending were in favor of the plan. Earlier versions of the plan had more green space, no specified residential development and limited commercial development. But according to Mayor David Belle Isle, you could dedicate the entire 26 acre space to a park, but “Space can’t be enjoyed by the public unless the public is there.” 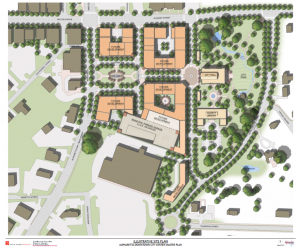 {[}]{[}]According to the AJC, the current plan includes a new 47,000 square foot City Hall fronted by a .9 acre Town Green, the new 25,000 square foot Fulton County Library, a 4.95 acre Park, a 450 space Parking Deck and space for what is now identified as future mixed-use development (meaning commercial and residential).{[}]{[}]My opinion is that the latest plans are a great improvement over the early versions in that a residential component should be included. After all, not everyone desires to live in a subdivision; why not meet that housing demand downtown to encourage more walking and to support current and future downtown Alpharetta businesses. And thankfully thought has been given to obscuring the parking deck; no one enjoys a concrete jungle. I envision a version of the smashing success of Smyrna’s new City Center but with a park and more dining and shopping options.{[}]{[}]We’ll keep watching and reporting as the Alpharetta City Center plan continues towards fruition, so check back frequently.