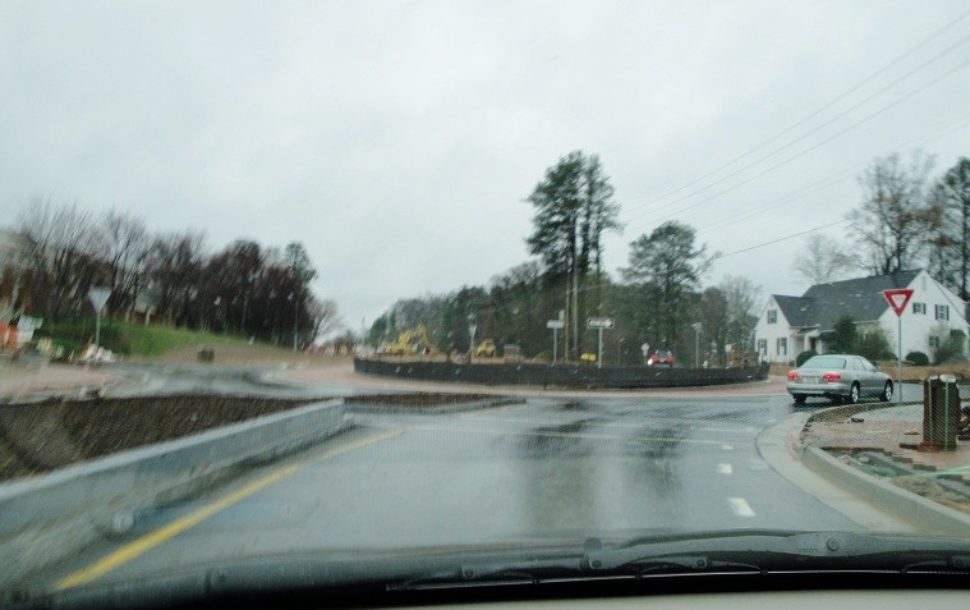 Drove the newly re-opened Haynes Bridge Road section that will be part of the new City Center development. If you venture downtown often, you have seen the months of construction. The top section of Haynes Bridge Road was moved east in order to unify the entire 22 acre site of the City Center project. Before the relocation, the road ran thru the middle of the proposed project. Additionally, the road ran thru land that the city donated to Fulton County for the location of a new public library. 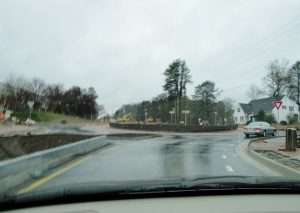 {[}]{[}]According to the Alpharetta Patch, city officials pushed the construction project back a bit and closed the road in order to coordinate the relocation of utility lines. Originally, the existing road was not due to close but officials were forced to close the road in order to meet a year-end deadline of opening the new road which will allow the county to begin construction of the new library.{[}]{[}]The new section of road is currently a bit barren but the city has started laying a wide brick sidewalk in a nice herringbone pattern and hopefully the new round-about will calm traffic while keeping folks moving to their destinations.{[}]{[}]Now let’s hope the city will focus on the completion of road work along Highway 9 on Main Street and the intersection at Old Milton Parkway. Progress is a good thing but I’m sure everyone is like me and tired of the bumpy roads and lane closings disrupting our daily trips.