Explore the Many Golf Courses in Milton and Alpharetta 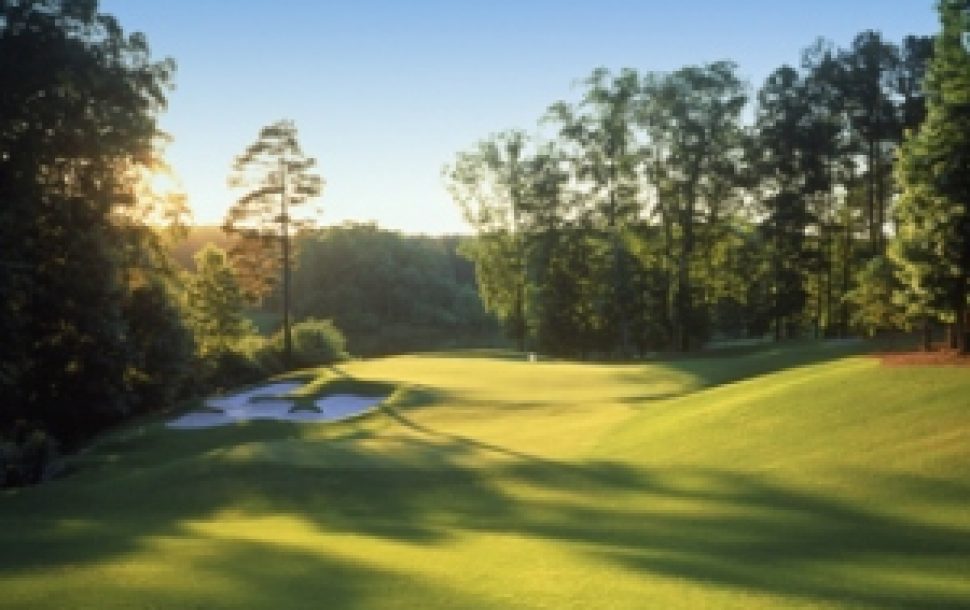 Never heard of Milton GA?  You’re probably not alone- the town has only been in existence for two plus years and does not even have a dedicated zip code.  Maybe you’re more familiar with Alpharetta– most of Milton is in previously unincorporated areas of Alpharetta.  The area is a true gem north of Atlanta with lots of scenic farmland. 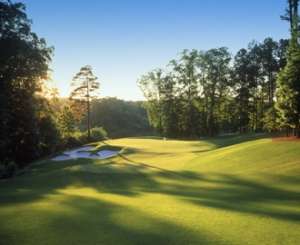 {[}]{[}]But today we wanted to give you insight into another fact about the area that you may not be familiar with.  That is, the incredible concentration of golf courses in this area.  Within a short drive, there are multiple award-winning courses available for residents and visitors to the area, some of which we’ll cover here.{[}]{[}]First up is Alpharetta Athletic Club, which boasts two courses in the heart of Milton.  Alpharetta Athletic Club East (formerly Crooked Creek) is a Michael Riley designed course that plays to about 7000 yards with challenging tee shots and undulating greens.  It also provides spectacular scenic views for the residents of Crooked Creek.  Alpharetta Athletic Club West is a shorter Willard Byrd course that is only 6100 yards but nonetheless challenging with its narrow tee shots and stamp-sized greens.{[}]{[}]

A trio of area courses offer access to the TPC Passport, which we’ll discuss in a minute.  These courses include White Columns, which we’ve blogged about in the past; Atlanta National; and Polo Golf & Country Club.  White Columns is a Tom Fazio course- with tee boxes ranging from 5100 to 7300 yards, is enjoyable for all levels of players and is a favored course for USGA Championships.  Atlanta National is a gorgeous Pete and P.B. Dye layout featuring the treacherous pot bunkers and island green for which they are well known.  Polo Golf & Country Club is a Joe Lee creation with scenic views for residents and golfers- there are water hazards on 15 of its holes!  The three courses, plus nearby Sugarloaf TPC in Duluth, are part of the TPC Passport, an upgraded membership program that allows access to a large nationwide network of premier golf courses at reduced rates.{[}]{[}]Last but my no means least are a quartet of area courses: The Golf Club of GA; The Manor Golf & Country Club; The Trophy Club; and Crabapple City Club.  The Golf Club of Georgia, located in the Windward residential and commercial development, offers two championship Arthur Hills-designed courses; Lakeside, with a modern, demanding layout which was named best new Private course by Golf Digest in 1991; and Creekside, a target-style wetlands course.  The Manor Golf & Country Club is a newer but inspired course by Tom Watson, with scenic views for residents and members.  The Trophy Club was named to Golf Digest’s list of Best Places to Play for 2008-2009 and Crabapple City Club is a challenging Tom Fazio course and is the North Atlanta home of The Capital City Club, a private and exclusive social club founded in 1883.{[}]{[}]Milton and Alpharetta, both North metro Atlanta suburbs, offer a wealth of recreational, dining and shopping experiences and is home to many wonderful neighborhoods with highly-rated public and private schools.  As a Milton resident for over a decade, I’ve enjoyed the scenic nature of the area and am proud to share this glimpse with you.