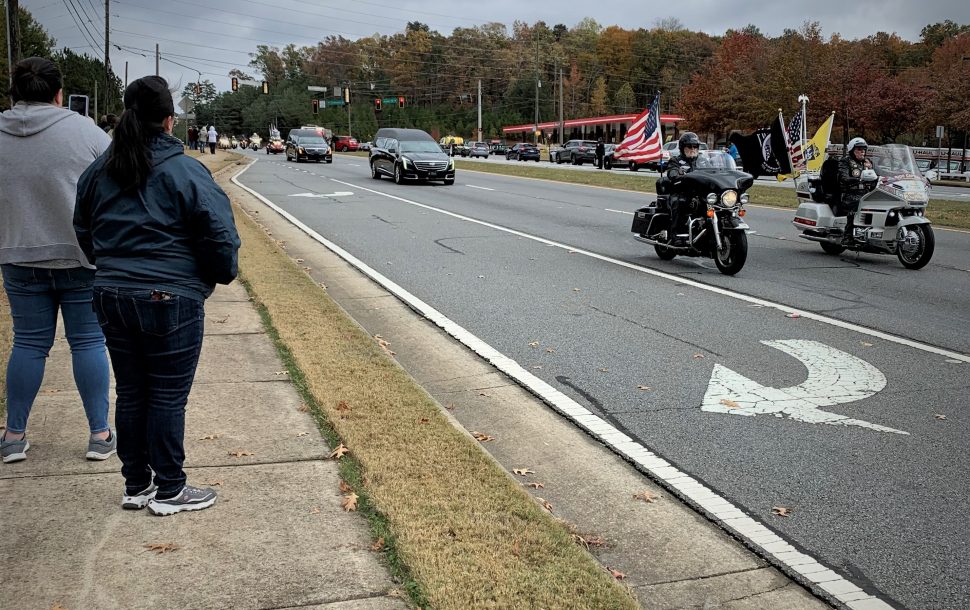 Today the ashes of  seven World War II veterans were placed in a columbarium at Georgia National Cemetery.  Honor guards, ROTC cadets, representatives of the American Legion, Marine Corp League, Patriot Guard Riders,  Veterans of Foreign Wars, and the general public honored these Americans.  Those laid to rest were

The general public paid their respect by standing along Highway 92 and Mansell Road as the remains where transported to Georgia National Cemetery.