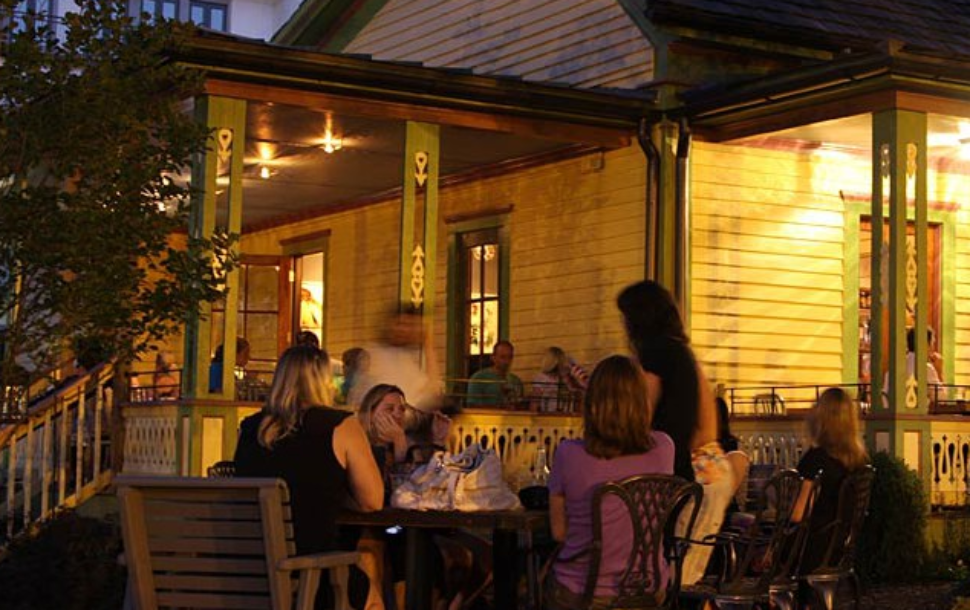 {[}]{[}]Downtown Woodstock has recently gotten some notice for its nightlife scene. According to the AJC, Woodstock has joined Roswell and Duluth in becoming a suburban destination after dark.{[}]{[}]The AJC article shined a spotlight on Century House Tavern, Pure Taqueria, Vingenzo’s Pasta & Pizzeria and ICE Martini Bar, all fairly recent additions to Downtown Woodstock. Pure is the elder statesman of the four hotspots and was an offshoot of the original Alpharetta location, which opened at the location of an abandoned Pure gas station location (much neater than it sounds) and debuted in 2005. The Woodstock location maintains the fantastic Mexican menu and boasts a fantastic rooftop bar with live music most evenings.{[}]{[}]Century House Tavern opened in May in the historic Hubbard House, which dates back to 1894. The home sits on a hilltop and has an entrance garden where crowds can sip drinks beneath a majestic oak tree. Chef and owner Richard Wilt, a Woodstock resident, once worked for renowned Atlanta chef Gunter Seeger and has created a fitting environment for what Wilt describes as an “upscale comfort food” evening menu concept complemented by the addition of burgers and sandwiches for lunch.{[}]{[}]Diners at Vingenzo’s Pasta & Pizzeria can expect an authentic Southern Italian food experience boasting fresh on-site made pasta, desserts and even the Mozarella cheese plus fantastic pizzas baked in a wood-burning oven, all of which landed Vingenzo’s a spot in Atlanta Magazine’s top 50 restaurants among other distinctions.{[}]{[}]Last but not least, ICE Martini Bar, self-described as a little piece of Buckhead in Downtown Woodstock, serves up sushi, tapas, desserts, cocktails and more with an atmosphere that changes throughout the evening. Located behind Pure on Chambers Street, the mood starts out with a mixed casual and professional dinner-time crowd that enjoys a laid-back classic rock soundtrack as a backdrop. Later in the evening, cocktails and classic top take over and the lounge and dance floor buzzes on the weekends with contemporary pop and hip hop.{[}]{[}]So if you haven’t ventured to Downtown Woodstock after dark, check out these hotspots and more – you may be surprised at how energized the area has become!{[}]{[}]
share post to: