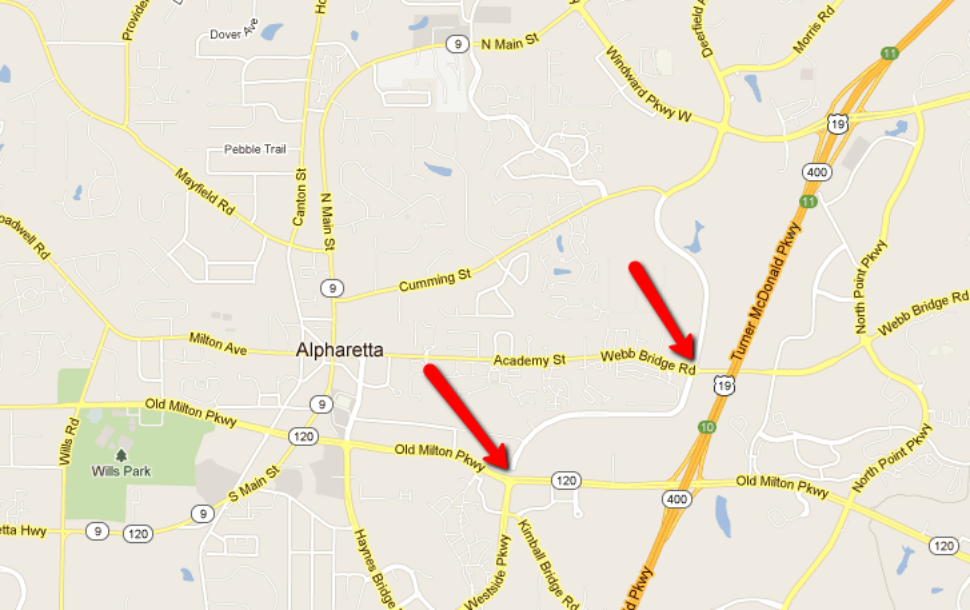 You may know that Alpharetta opened the last leg of Westside Parkway earlier this week and I got my first up-close view (well drive) of that strip this week. Living in Milton a little north of Windward Parkway, I needed to go to the Alpharetta post office on Old Milton Pkwy and decided to try out the new “short cut”. 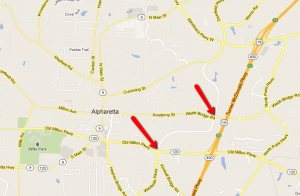 {[}]{[}]Besides the shorter and less stressful trip, I was amazed that no one was using the road. Not one car – granted this is a short strip with no traffic lights and it was mid-afternoon, but the new leg of the parkway was deserted. My guess is that as people become more aware, this will change. And the first rainy day or major wreck on GA 400 during commuting hours will have commuters scrambling for alternate routes.{[}]{[}]But I am pleased to see the parkway open. My hope is that as Avalon is constructed, there won’t be a new traffic light seemingly every 20 feet along the parkway like you find on North Point Parkway near the mall. By the way Milton residents, if you haven’t tried this mall route before, check out this drive: either Bethany Bend/Morris Road or Deerfield Pkwy to Windward Pkwy, then get on Westside Pkwy all the way to left on Encore Pkwy (think Verizon Wireless Amphitheatre). This route is great if you are going to the mall or any of the shops or restaurants nearby and want to miss some of the start/stop/start/stop that you encounter along North Point Pkwy.{[}]{[}]Like most traffic improvements, I fear that development will over time mute the “assist” the parkway gives us.  But hey, enjoy it while we can!{[}]{[}]Read more about Avalon (formerly Prospect Park) here:{[}]{[}]Alpharetta GA has new hopes for Prospect Park{[}]{[}]Alpharetta City Center and Prospect Park Updates{[}]{[}]Prospect Park Developer to Seeks Local Input{[}]{[}]News on Milton HS and Prospect Park Naming Process